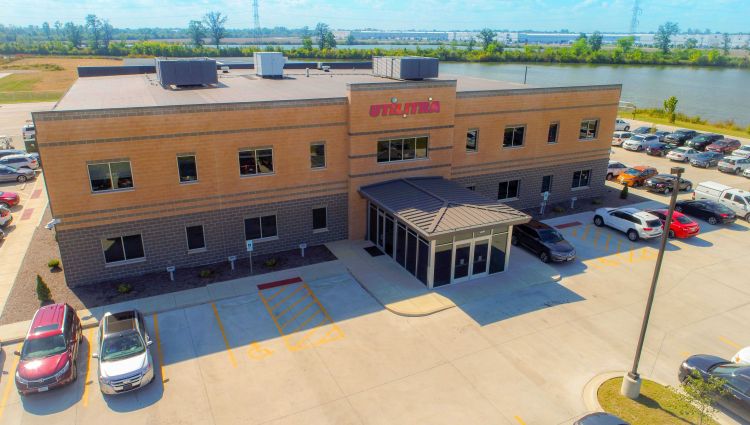 Donco, LLC has been named No. 8 among the Fast 50 — the St. Louis Business Journal’s ranking of the fastest-growing, privately-held companies that have experienced significant revenue growth in the past year.

These awards span all industries and sizes. To be considered for this list, companies must have had a three-year sales history with an increase in fiscal 2018 over fiscal 2017, revenue of more than $1 million in fiscal 2016 and be a locally-based independent, privately-held business, not a subsidiary division or franchise.

The company was recognized during an awards breakfast ceremony on Oct. 10 at the Forest Park Visitor’s Center in St. Louis. Donco, LLC Chairwoman and CEO, Candice Fowler, said she attributes the company’s growth and success to their dedicated employees.

“Over the years, we’ve diversified our services to become leaders in the utility and technology industries,” said Fowler. “We now have over 300 employees in five divisions and many of those employees have been with the company for years. That level of commitment helped us become one of the Top 10 Fast 50 companies with an extraordinary 163 percent revenue growth from 2016-2018.”

As the company celebrates this achievement, Fowler said she is also taking this opportunity to publicly unveil Donco’s new name, “Utilitra,” which the company will officially launch in 2020. Fowler said as the company has grown, she realized its old name no longer fit.

“Our success and growth had forced us to step back and evaluate a name that truly embodies our company goals,” said Fowler. “‘Utili’ is rooted in Italian and ‘Utiltra’ in Latin together means ‘useful tools.’ Utilitra emphasizes the company’s quest to always provide the highest, ultra-service, smart technology and efficient utility solutions. Regardless of name, the company strives to be a premier partner and leader, while maintaining their values of family, integrity and collaboration.”